I’ve always loved to make mix CDs. Now, as my daughter reminds me, I can make an iTunes mix playlist. Using my stack of holiday CDs and some songs I’ve downloaded, I’ve just compiled my ultimate Christmas listening selection:

Ladies and gentlemen, Guitar Hero has entered our building, and the house is rocking. The kids even let loose of the wireless guitar long enough for me to try Heart‘s classic “Barracuda.”

On Wednesday, I took my daughter (C), her boyfriend (T), her best friend (L), and the friend’s boyfriend (A), to Cincinnati for the Warped Tour. It’s an all-day concert event with six stages featuring simultaneous rock, punk, and hard-core music; the tour visits cities all over the U.S. and runs for two months. A rotating list of about 60 bands travels with the tour, and numerous smaller/local bands appear in each city. On Wednesday, I’d estimate that 50 different bands played.

The event was at Riverbend Music Center, a lovely place on the banks of the Ohio River, with a huge covered amphitheatre stage. I’ve been there before to hear Bonnie Raitt. The audience this time was rather remarkably different. 🙂

We reached Cincy about noon (the event’s starting time). The walk from the car to Riverbend followed a pathway through a sweet little amusement park called Coney Island (they share parking). As we passed the merry-go-round, I wondered what the parents of the park’s small visitors thought of the massively pierced, tattooed, spike-haired stream of young people passing by — and the distant drone of bass and drums that had begun and that wouldn’t fall silent until almost 9 p.m.

As we walked, we were enveloped by a cloud of pot smoke. It caused me to worry that I’d be surrounded by drugs the whole time; but to my surprise, I didn’t smell pot again all day, I didn’t see anyone using any sort of drug, and I didn’t see anyone who was obviously stoned or drunk. I also didn’t witness any fights or other sorts of bad behavior. Many people, put into these surroundings, might have been frightened by the general appearance of many of the concert-goers; but they were friendly, peaceful, and there to hear lots of music.

Speaking of appearance, I decided early in the day that it would be easier to count the people who did not have tattoos. It was extremely hot, so everyone was wearing as little clothing as possible, and many guys were shirtless. Thus all the tattoos were on full display. It was a fascinating parade of artwork, good, bad, and vulgar. Of particular note was a young man with two full-size pistols tattooed on his torso, the barrels pointing downward, their ends hidden in his low-riding pants, pointing at an area where I wouldn’t think you’d want two guns aimed; we also saw a young women with large, beautifully drawn angel wings tattooed on her back.

When we arrived I walked around with the kids for a while, to get a feel for the layout, locate the various stages, and examine the goods being sold at the hundreds of booths set up by bands, record labels, and other vendors. Then I found a seat in what I called the “parents’ section” in the back row of the main amphitheatre; that stage was, unfortunately, hosting mostly loud, screaming punk music, but the seats were in the shade with a view of the river, and a cool breeze blew all day. Quite a few other people my age and older sat in this area reading our books and magazines; the kids we’d brought came and visited us occasionally, and except for the volume of the screaming onstage, it was pleasant. (Side note: I’d like to know how the lead vocalists of these groups are able to talk after screaming for such an extended period. But maybe they don’t talk — maybe they save up all their vocal energy for their time onstage.)

Over the course of the day we kept in touch via cel phone text messages, which worked very well. I always knew where the kids were, and they knew where I was, and I never had any cause for concern. A definite benefit of the event being spread out over a fairly large area was that the crowd, although a sell-out, was dispersed and not oppressive. Unless you were up near one of the stages, there was plenty of room to walk, and Riverbend offers lots of shady places to sit.

If you were up close to a stage, it was a different story. The kids wanted to hear several of the bands in particular and in those cases made their way to the front, over to the side of the stage. C said it was the hottest she’s ever been — and keep in mind that we just came back from Disney World in July! People were packed in tightly, with more always coming. And there was also the danger of being accidentally kicked or hit by someone being passed overhead while crowd surfing. (The front of each stage was lined with security people whose job was to help the crowd surfers reach the ground safely. However, the kids saw several badly injured people who evidently fell and had to be taken away for medical help. Despite the risk, C told me that T would have happily gone surfing if she hadn’t been with him.) However, they managed to see their bands, get great close-up photos, and avoid injury.

At one point I was watching one of the punk bands and saw that a group of shirtless guys in the crowd up front were having fist fight. But — no, they weren’t, they were bouncing off each other, and then spinning through the crowd with their arms extended in fists. L explained to me that it’s called hardcore dancing, which is closely related to moshing. As far as I can see, the idea is to get hurt, or to hurt people around you; but it was contained to a small area in front of the stage, so obviously the people who chose to stand in that area knew what to expect.

One of my favorite moments came early in the day when we were walking around and finding the various stages. A new group was just beginning to perform on one of the smaller stages. The huge, bald, shirtless, sweaty, tattooed lead singer bellowed, “I just want you to remember that everything we do, we do for Jesus! So now we’re going to get emo for Jesus!” after which they launched into an indecipherable riot of noise. After finishing the number, he launched into a crowd-enlivening recitation of the word fuck in all its various forms, such as “You Cincinnati motherfuckers are a great fuckin’ crowd, and we’re gonna fuckin’ rock!” (What would Jesus think?)

Speaking of that particular word, I heard it more times on Wednesday than I have in a long time — it boomed out over audiences more frequently than it leaves Joe Pesci’s mouth in Goodfellas or is spoken by the cast of Bull Durham (and that’s saying something).

I bought myself a black Vans tank top as a souvenir. C came home with multiple shirts from her favorite bands. We all got sunburned to some degree, but it shows we were there. The kids had a great time. When we reached the car at the end of the day, all the kids thanked me for driving them, and T said in a heartfelt tone, “I’d take a bullet for you right now.” What possible better compliment from one’s daughter’s boyfriend?

When we got home, my husband asked me if I had a good time. The thing is, I did not have a good time in the usual sense of “oh, boy that was great fun and I want to do it again soon!” The day was hot, loud, and long. But I did have a good time helping my daughter and her friends have a good time, and talking and laughing with them in the car, and just having that time together. If they want to go again next year, I’ll be there.

unfortunately
we jumped to the Apollo beat
confined in a Catholic church
dead center under the
gaze of a
skeletal
crucified Christ.

Stairway to Heaven, anyone?

Not yet available at the Gap or Hot Topic, but still very cool: the wearable instrument shirt. In other words, a t-shirt that bring your hottest air-guitar riffs screaming to life.

This from Dr. Richard Helmer (shown in action at right), a research scientist at CSIRO Textile & Fibre Technology in Australia:

Our air guitar consists of a wearable sensor interface embedded in a conventional ‘shirt’, with custom software to map gestures with audio samples. It’s an easy-to-use, virtual instrument that allows real-time music making, even by players without significant musical or computing skills. It allows you to jump around and the sound generated is just like an original mp3.

END_OF_DOCUMENT_TOKEN_TO_BE_REPLACED

Saturday night I was onstage with Guilderoy Byrne, performing in front of 300+ attentive, appreciative people. My whole life, I’ve gone to concerts, big and small, and wished it was me up there. And now I am up there.

I remember that one day during college, when I was about 20, I suddenly had a vivid realization that I was a grown-up. On Saturday, up on the stage, I had a vivid realization that I now qualify as a professional musician. I’m playing with incredibly talented individuals and being heard by lots of people in a wide variety of venues. We’re even contemplating making a CD.

I can’t quite believe something I always wanted so much is really happening.

Yo, yo, yo, weebles, I don’t like hip-hop, you hear what I’m sayin’? But now I’m down with the hella fresh rap from the fly guys at NerdCore Hip Hop. 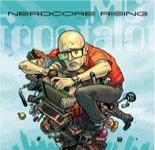 Check it out from Wired:

There’s a new beat on the street and it’s called Nerdcore. This geeky hip hop subgenre, also dubbed CS rap (that’s computer science, yo!), is finally booting up with the release of Rhyme Torrents, a compilation featuring the work of more than 50 men – and even a few ladies – who bust rhymes (and C++ code). The collection is free online, so none of the artists make bank.

(Daunks to the insane crew at Urban Dictionary!)

more than the sum of my parts
Blog at WordPress.com.